What I think happened: The lanterns have been vandalised as the site of the school is now wasteland and is off the beaten track. They have clearly been like this for many years as the gear trays/reflectors are heavily rusted, and the remains of the lamp cap in one of the fittings is also badly corroded. A quick look in the bases of both columns revealed that the only things in them are isolator switches, as the lanterns are gear-in-head. 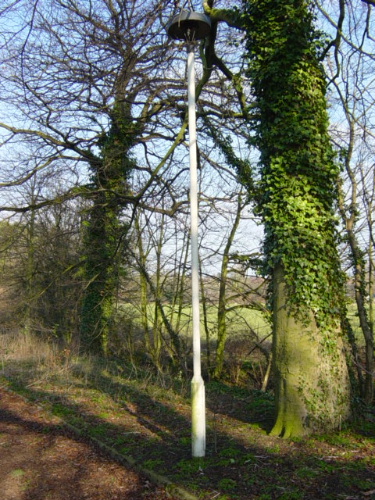 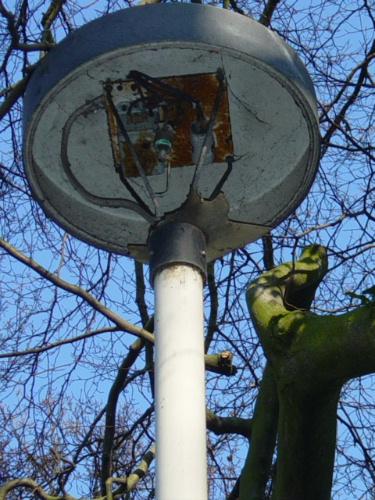 The smashed remains of mercury vapour (MBF) lamps were visible within the two lanterns. 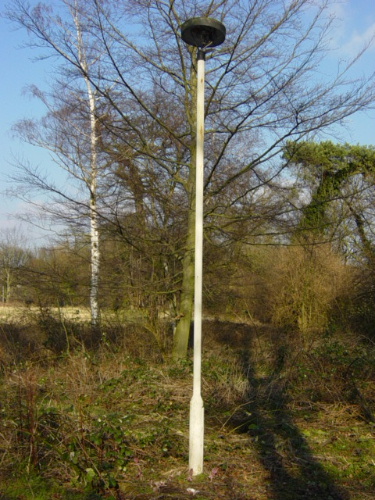 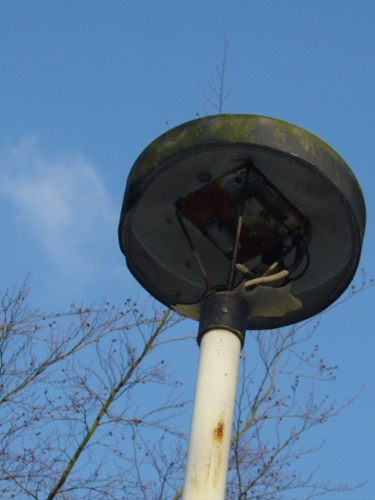 The columns remained extant in November 2020; however, a new perimeter fence had been erected in the intervening years, with the land now being owned by the University of Derby. The closer of the two columns is accessible, however, thanks to a narrow unmade footpath being retained alongside the fence.

The inner threaded section of the Edison Screw lampholder hung forlornly out of of the lantern.

The second of the two P178s was little changed from how it appeared fifteen years earlier.

More of the bowl looked to have been broken away, although this example's lampholder remained intact.

The lamp control gear was in very poor condition, though as the school is believed to have closed in 1975, this is understandable.

BACK TO DAMAGED/VANDALISED LANTERNS PAGE