The City Council had maintained the lighting since 1997, when Derby became a Unitary Authority. Prior to this, the whole of Derbyshire's street lighting was maintained by Derbyshire County Council - meaning that there was little funding available for large-scale lighting replacements. With the commencement of the PFI, things were different.

The first public announcement of the PFI Contract was in June 2003. The progress was captured in several articles from the Derby Evening Telegraph - the table below details the chain of events leading up to the PFI's commencement.

In the days when Derby City Council maintained the lighting, operations were based at the Stores Road depot:

With the commencement of the PFI, all works transferred to a new depot on Gosforth Road:

Peering through the security fence, a fair amount of columns can be seen! The new columns are painted the same dark blue as the roller doors in the background. For many years, 'Derbyshire Green' was the chosen paint colour for Derbyshire's columns, but this is now to an old British Standard and has to be made up specially. The remains of a 5 m sleeved Stanton 7 concrete column supporting a 35 Watt SOX Thorn Beta 5 can be seen in the foreground, alongside a Belisha Beacon pole and a new Mallatite 6 m tubular steel column supporting a 45 Watt or 60 Watt Cosmo-White Philips 'Iridium SGS 252'- the lantern and lamp type of choice for all new side road replacements. The new lanterns for main roads are usually the slightly larger 253 and 254 versions of the Iridium; using both Cosmo-White and High Pressure Sodium (SON).

The new lanterns are fitted with Royce Thompson SC1000 photocells. I understood that the blue cone was a way of identifying the year of when the cell was installed, with different colours representing different years; however, this never manifested, and within a few years, SC1000/SAV photocells, rated at 35 Lux (as opposed to the 70 Lux rating of the previous photocells), and resembling Oasis 1000 units, were introduced. 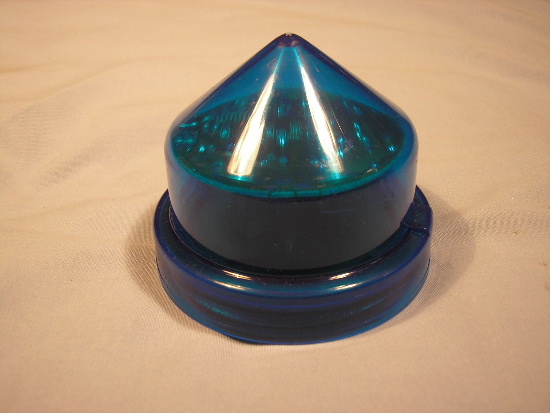 Meanwhile, the base compartments are now being fitted with Lucy 'Trojan Mini' double-pole isolators, rather than just a straight connection to the Distribution Network Operator's (DNO - the Electricity Board in other words!) cutout, as was the way in the past.

In order to gain access to the fuse carrier, the isolator must be switched off, and the yellow bar slid over it.

Even the column numbering system was not without change - until Derby City took charge of maintenance in 1997, every single column in Derbyshire had a unique reference number, usually consisting of between five and six digits in Derby - other parts of the County sometimes had fewer digits - column 1, for example, is in Buxton. After this, many new installations in the City (i.e. units installed in a place where a unit had never been situated before - not like-for-like replacements) were numbered using a new system with a 'DY' prefix followed by a four digit reference number, to ensure that possible confusion between the 'Derbyshire' and 'Derby' numbering systems did not occur. The 'DY' system has itself now been superseded with a similar one which features 'LC' as the prefix. I assume this stands for 'Lighting Column' as the prefix is different for signs and bollards.

BACK TO DERBY PFI PAGE